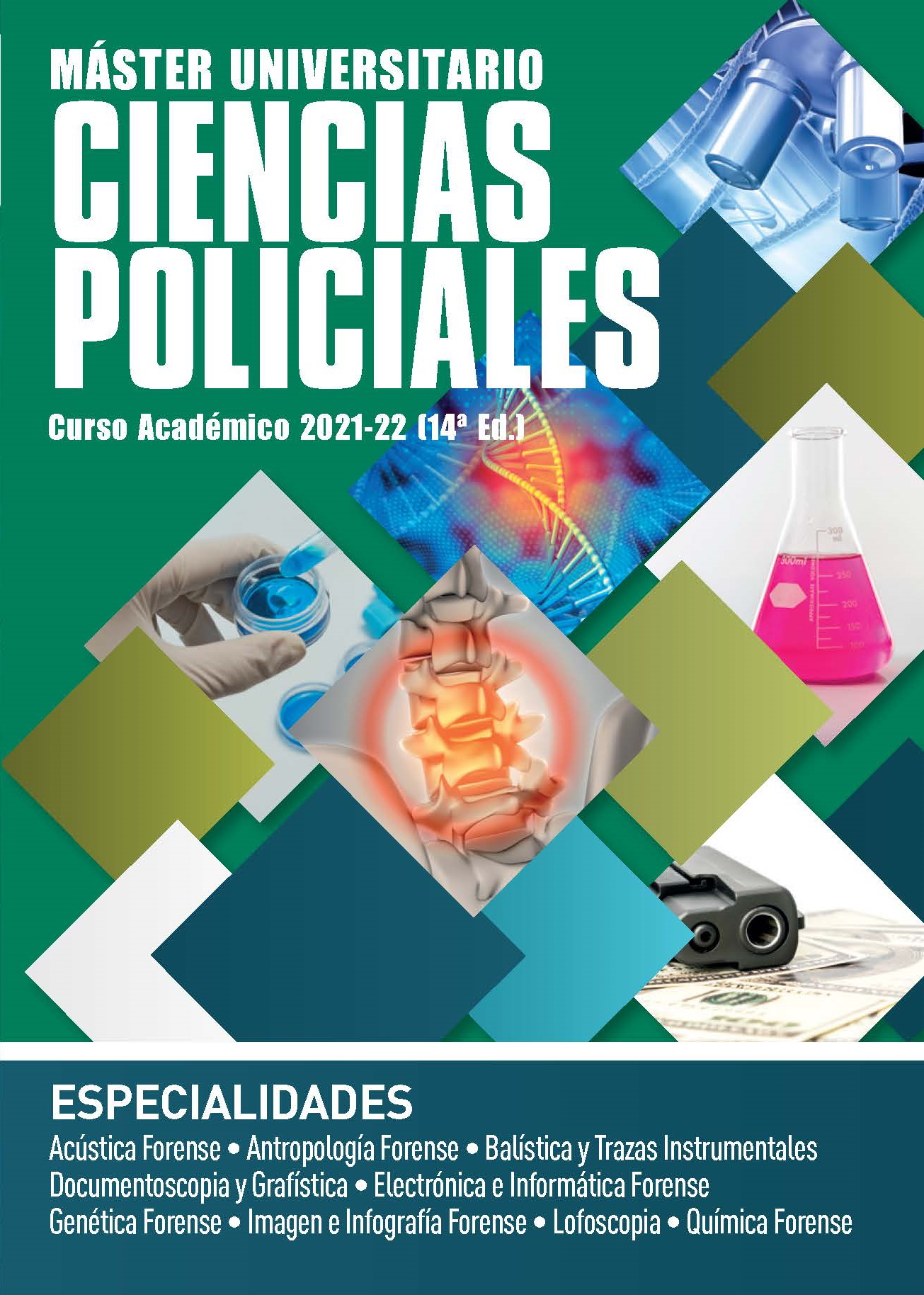 The  University Master's degree in Police Sciences provides training for professionals in the methods and techniques used in police research, giving them an official qualification accrediting them before the Courts of Justice. It is aimed at all those interested in forensic science and at members of the State Security Forces.
It is a pioneering Master's degree in this field, which is backed by the Ministry of the Interior and the University of Alcalá, as well as the Academic Professionalization Committee (APC) of the Latin American Academy of Criminology and Forensic Studies (LAACFS).

The Master's degree in Police Sciences is 1 year long (60 ECTS credits) and consists of two modules and a master's degree final project.

Below, in this PDF, are the titles of the works of End of Master (TFM) that have done those enrolled in the 2015/2016 promotion